2013 is coming to an end and here I sit taking stock, two days before my 33rd birthday. It's been a good one. From a career standpoint, 2013 was the best year I have had so far. So many good things happened that I am afraid some things got lost in the shuffle, things that in leaner times would have gotten more airplay. I decided to try and recap (for myself as much as anyone else) the last year.


All told I put out four books this year (3 chapbooks and one edited anthology). It's a little mind boggling when I think about it. One thing you learn as a writer is that the things you are writing now seem so immediate, but the chances are that they won't see publication for many years. Turns out that poems are like the light leaving distant stars, and publication is us seeing that light much later here on earth. It takes a while. Of the three chapbooks, only one was written recently. That gives me a lot of hope for other poems that have yet to find a home. Below are the books I've done this year and a little more about them.

Lancelot was the chapbook that was written (technically) this year, but the idea for it, and some of the original poem sketches came a few years ago in grad school. I had conceived of a boy named Lancelot living in the modern south, with some references to the Arthurian legend interspersed throughout, and wrote about a dozen poems for a final project in a Medieval lit class. Fast forward a few years and my dear friend Stephanie Marker of Lazy Mouse Press asked if I would write a short Southern Gothic chapbook for her. She already had some amazing art by Dan Williams, so this ended up being an ekphrastic project for me. As I looked at the drawings, the image that is on the cover caught my eye and the idea of pairing it with the Lancelot poems seemed like a nice fit. Unfortunately, the original poems I had written were nowhere near good enough. I took four triolets from the originals and rewrote them to make four longish poems for the book. Without Dan's artwork Lancelot would have sat on my hard drive undeveloped, probably forever. I am now working on expanding these Lancelot poems for a section of my dissertation.

This anthology collects all of the poems that were published as broadsides by Yellow Flag Press as part of the Vision/Verse Art and Poetry Exhibits. Vision/Verse was the event that led to the creation of Yellow Flag Press, so this book is like a retrospective of our first five years. Editing an anthology as well as publishing our first trade paperback taught me a lot of new things. The challenge was worth it, and I am very proud of this book. As we have decided to end our successful five year run of Vision/Verse, this book was bittersweet.

In 2007 I sat on my porch in Marengo Swamp and jotted down a few lines of a poem that ended up being "Note: What I forgot to say was this". I was intrigued by the voice and got to wondering what kind of person would say this. What kind of person would leave this note lying around for a lover to find? Over the next few days I wrote 12 more "notes." A narrative arc developed and I started to perceive these poems as being a chapbook. After 12 poems I lost the voice, and couldn't recapture it. Eventually I wrote 4 more, but 16 very short poems hardly make a manuscript. I never thought anyone would ever publish it. The manuscript was too short to enter into many contests, but I sent it out whenever I could, hoping that it would find just the right editor. My patience paid off because it did find exactly the right editor, Dan Nowak of Imaginary Friend Press. I sent the book to him during an open reading period, and he called to accept it while I was mowing the yard, which seems fitting for such a domestic book of poems. Funny story: I never let my wife read the manuscript for the six years prior to its publication. I was afraid she would think I was writing about her. Couldn't be further from the truth though, as I made it all up. She did like it once she read it, after my contributor's copies came in the mail. C'est la vie.

This book will be out in a matter of days, and it is the first contest I have ever won. I didn't think I would ever win a contest because of the long odds, and the fact that I rarely have spare money for entry fees. I am very proud of this manuscript which I began writing in 2007/08. Some of these poems helped get me into both my MFA and PhD programs. I worked really hard on it and I am very excited that it will be published. 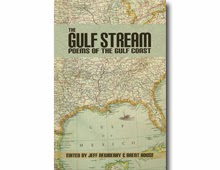 I had poems in two other anthologies this year, The Gulf Stream: Poems of the Gulf Coast from Snake Nation Press, and This Is Not a True Story from Nous-Zot Press. I got a few poems in several great journals including burntdistrict, Canyon Voices, Tapestry, Harpur Palate, and Pembroke Magazine.

We released a lot of new books this year. As I mentioned earlier, we will no longer be doing Vision/Verse, so I have had to make some adjustments to our publishing schedule and how we go about signing new poets. We are moving to publish more chapbooks and fewer broadsides. I am a little sad to see our broadside production decrease, but they don't sell worth a damn and without a vehicle like Vision/Verse to move them they sit on a shelf in the office. I will never stop completely producing broadsides, as evidenced by the two we released this month by Amy Fleury and Anthony Frame. It's a labor of love that goes beyond sales.


School, Family, and the Future...

Though, I have made some significant progress in my degree as I have finally finished my PhD examinations, passed oral exams, and am now ABD. It was a long haul on that part of things. I am still ahead of schedule in my degree though, and I have been working on my dissertation throughout comps. I hope to deliver it a full year early next Fall. That will give me some time before they stop paying me to look for a job. That should be a blast.

I taught two of my best classes ever this year, Contemporary American Poetry and The Literature of War. I hope to continue the streak with Southern Poetry next semester. Still can't believe they pay me to talk about poetry all day. Like Forrest Gump mowing grass, I would teach those classes for free (don't tell them that, though).

The family is good. My kids are growing up as kids are wont to do. Justin Jr. started French Immersion in kindergarten this year, and has only been to the principal's office twice in his first semester. Mon fils. Jade is slowly but surely becoming a tween right before our very eyes. Aside from all the One Direction around my house, things are normal.

The immediate part of my future will consist of me trying to publish my first full length manuscript, and finishing my second full length as the major part of my dissertation. I am happy to get back to what I love most which is writing books, publishing books, reading books, teaching books, talking about books, etc...

Notes to a Husband now available 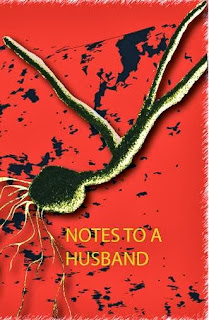 My third chapbook, Notes to a Husband, is out now from Imaginary Friend Press. The book is only $7 (shipping included), and has an introduction by Amy Fleury. Click the link below to order.

http://www.imaginaryfriendpress.com/2013/10/notes-to-husband-by-j-bruce-fuller.html
Posted by J. Bruce Fuller at 11:51 AM No comments:

Notes to a Husband

My third chapbook, Notes to a Husband will be released in the next few weeks by Imaginary Friend Press. I will post a link when it is available, but for now, feast your eyes on the cover art!
Posted by J. Bruce Fuller at 3:40 PM 1 comment:

On updating this once a year...

Wow, last year about this time I noticed my blog had not been updated for a whole year. "What a loser" I said to myself, before vowing to not do that again. So I'm a loser. I did it again.

It's been a while since I posted on here but that doesn't mean I've been fallow, I've just been getting the news out in other venues. Primarily Facebook and Twitter (@JBruce Fuller), but also on my publishing house's blog http://yellowflagpress.blogspot.com.

In the interim I have published in a lot of great places, had one chapbook released and sell out, and another in press. I edited an anthology which is doing well, and managed to finish another year of PhD school. I have updated the bibliography so y'all can check out some of this new material if you wish.

Here's another vow, we'll see how it goes.

Darrell Bourque on the Radio

Former poet laureate of Louisiana Darrell Bourque will be reading the poems from Vision/Verse 3 on the KRVS (Lafayette-Lake Charles) poetry segment, "From the Poet's Bookshelf" which airs on Thursdays at around 3:30pm (can be 3:20 to 3:35 or so---they fit the segment into other programming) on 88.7 FM. The next series will begin with a couple of poems by Catharine Savage Brosman from a new work scheduled for release from LSU Press, and then the next 10 weeks will feature the poems from this year's Vision Verse project.

Be sure to tune in if you live in the Lake Charles or Lafayette areas.
Posted by J. Bruce Fuller at 12:14 PM No comments:

I have had a few new publications recently. My poem "Caernarvon, LA: 1927" will be in the new issue of Crab Orchard Review. Their American South issue in which the poem appears will be out in September.

Next month I will have two poems appearing in Trigger, which is a new publication that explores art/writing collaborations. The issue will have my poem "Rayville, 1927" and a brand new poem written specifically for this project called "Traiteur Nocturne." "Traiteur Nocturne" was written in response to Ryan de la Hoz's artwork.

Also, the newest issue of The Louisiana Review is out now and has my poem "Crop Dusting: Late Season."
Posted by J. Bruce Fuller at 11:07 AM 1 comment: